DPOS is the best consensus model that is currently available. It offers the fastest transaction speeds and is the most flexible and decentralized. It allows for all specifications of the network to be adjusted by “elected delegates”.

There are a specified number of these “elected delegates” (also referred to as witnesses). Witnesses verify transactions by adding them to the block.

Stakeholders vote on witnesses through a process that incorporates multiple rounds. If a witness were to stop doing its job properly, the stakeholders could withdraw votes and the witness would be kicked out. Stakeholders with more stake, have a larger vote.

As the number of stakeholders grow, there will be more competition to be a witness.

This results in a scenario where the number of witnesses are low and fixed, which increases transaction speeds. 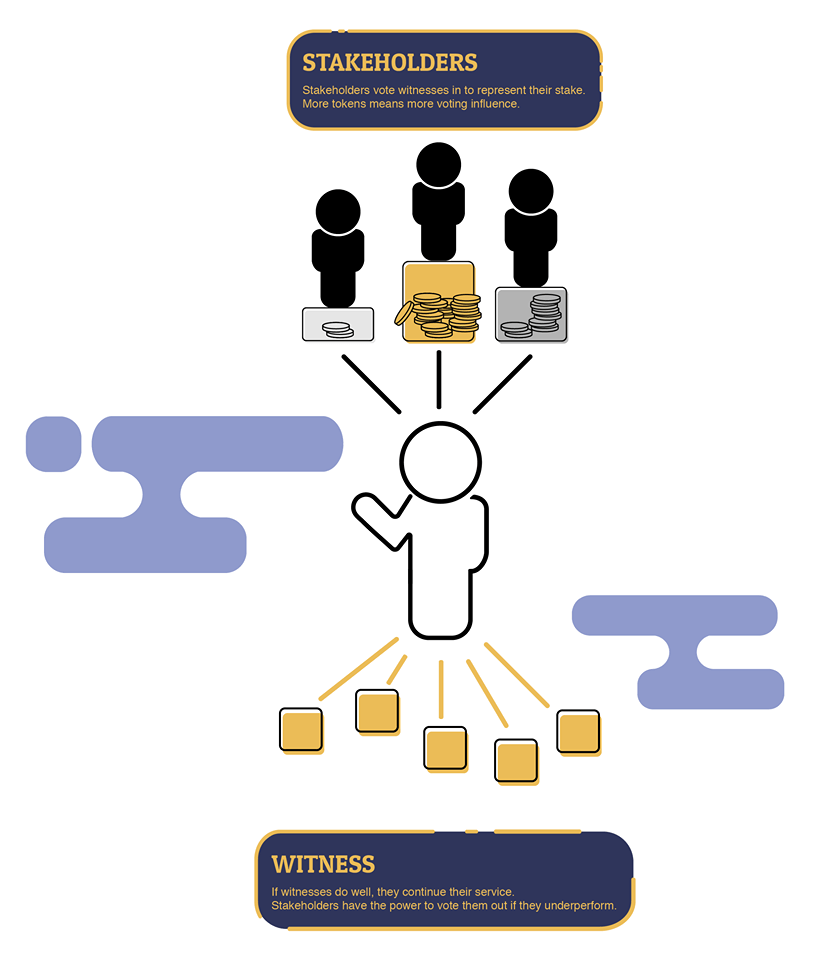 Delegated Proof-of-stake Projects
1. Ethereum (Casper): Even though Ethereum is currently POW, an extremely anticipated update is coming that will transition it to POS.
BFT style proof of stake

Random validators can propose blocks. Agreeing on which block to use is done through a voting process. Every validator votes on a specific block for multiple rounds. Validators agree on whether a block is part of the chain.